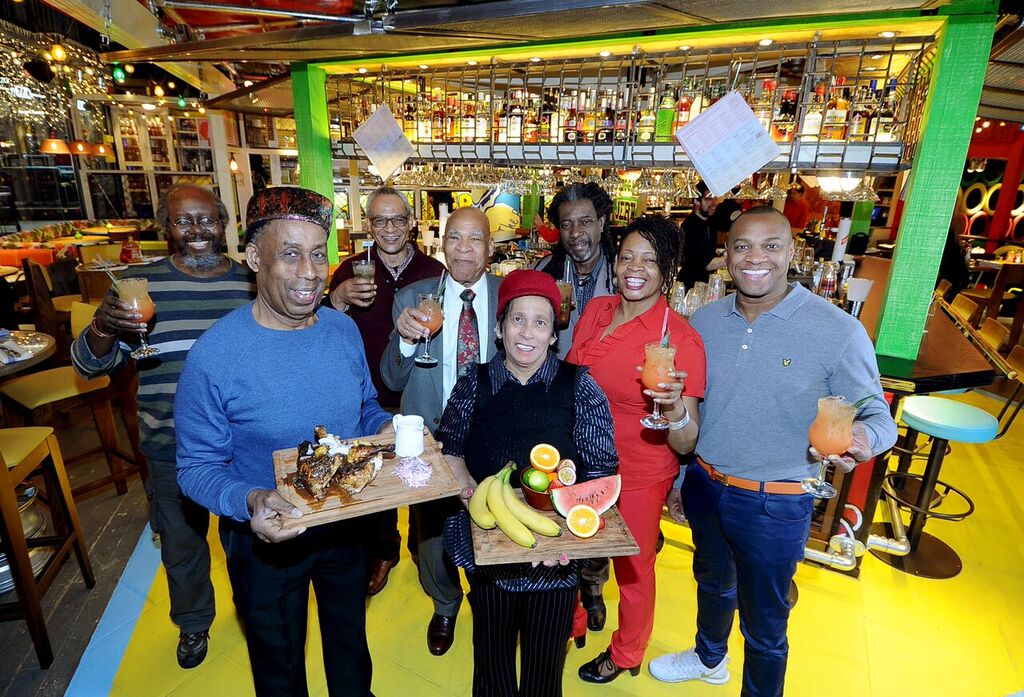 TURTLE BAY LEEDS LAUNCHES BY RAISING OVER £4000 FOR LEEDS WEST INDIAN CENTRE CHARITABLE TRUST WITH A “PAY AS YOU FEEL” DAY!

It’s all about Rum, Reggae and Jerk This Christmas - Turtle Bay Leeds is now open!

The Caribbean restaurant and bar celebrated their arrival in Leeds today by partnering Leeds West Indian Centre Charitable Trust and donating all of the food takings from the first day to the group.

The restaurant opened its doors at 11.30am yesterday morning (Tuesday 15th December) just in time to bring a taste of the Caribbean to Leeds for Christmas. Customers were only given a bill for their drinks. For the food they were asked to pay whatever they thought the meal was worth, or what they could afford. Whatever customers paid was matched by Turtle Bay, which added up to a whopping £4160 raised for Leeds West Indian Centre.

This reached the target of raising enough funds for the continuation of a special project for the Centre - their Friday Luncheon Club. The aim of this scheme is to allow elderly members of the community to socialise and enjoy a nutritious, home-cooked Caribbean lunch together on a weekly basis.

The West Indian Centre Charitable Trust also works with volunteers to take the tasty Caribbean food out to the homes of the elderly in the community, who might find it difficult to get to the Club. All of the money raised by Turtle Bay and their customers will go directly to this fund. The amount raised is enough to cover the entire cost of continuing to provide this valuable service at the Centre for a whole year.

Ajith Jayawakimera, Turtle Bay’s Founder said:
“We’re delighted to have utilised our opening day to do something useful for the Caribbean communities of Leeds. The West Indian Centre is an inspiring example of community spirit and progress. The fact that the amount raised was enough to cover the costs of the elderly luncheon club for a whole year is testament to how much customers enjoyed dining with us, so it was the perfect way to open our doors!”

Dr Carl Hylton, Chairperson for LWICCT said:
“We’re delighted to be working with Turtle Bay, it’s great that they’re getting involved with the local community. The Luncheon Club provides a vital service for many, especially for those whose homes we visit - it’s an important part of their week. We rely entirely on our wonderful volunteers, many of whom drive the lunches around the neighbourhoods and spend time with the elderly too, so it’s a really strong community initiative all round. Now we’ll be able to offer this service all year. Thank you Turtle Bay (including staff) and all customers who contributed on 15th December!”
Turtle Bay’s new Leeds restaurant will be serving up their signature jerk chicken, goat curry, wraps, salads, jerk burgers, BBQ prawns and fish … and much more, 7 days a week at The Light. Their legendary rum cocktails are also 2 for 1 from opening till 7pm. The new restaurant seats 150 covers, over an impressive 4200 sq ft space at The Light. The new venture has created 60 jobs.
FAST FACTS...
60 jobs created
150 cover restaurant
£1m investment
Stand alone bar offering
50+ authentic Caribbean dishes.