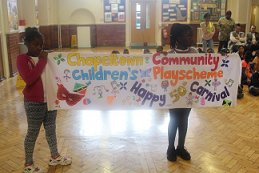 As part of a year long events celebrating the Leeds West Indian Carnival 50th Anniversary, Mr Arthur France MBE – better known as Leeds own ‘Mr Carnival’, was invited to speak to a group of 50 children aged 5 – 12 years old. They all attend the Chapeltown Community Play Scheme, based at the Hillcrest Academy in the Chapeltown area of Leeds. Mr France spoke about the origins of the carnival in the back in Caribbean; it links to slavery and the first every carnival in Leeds in 1967. 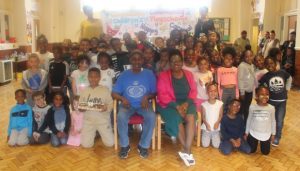 He said, ‘…the first Carnival was organised as a way of helping people from the Caribbean to come to terms being far away from home – missing the sun, the tropical climate, sandy beaches and the cultural celebrations..’. The Carnival was a way of staving off the feeling of home sickness. Now, 50 years on, he is talking to a room of younger children who some are related to the first African Caribbean people that came to England in the 1960s. He recognised some of the children as grandchildren of many people he new personally. There were also, some children from Eastern Europe, who said they loved the colours and the costumes at carnival time. Also, in attendance was another familiar person ward member Sharon Hamilton, who stood in for other counsellors who were unable to make this special event for the kids. 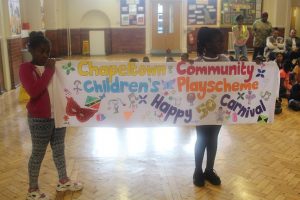 The kids would like to thank Arthur and Sharon for coming to see them and wish the Carnival and all participants a wonderful 50th year of celebration. 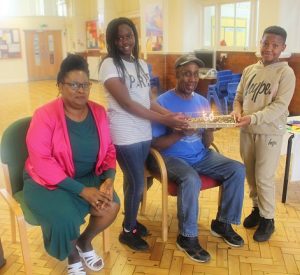 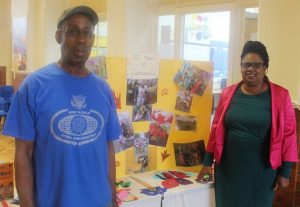