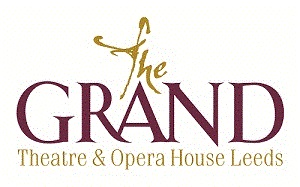 In keeping with a tradition that spans more than 100 years, our three iconic venues will be providing plenty of entertainment this festive season, both traditional and modern, to spread Christmas cheer to the people of Leeds and beyond.

On Sunday 4th December, step back in time to the swinging sixties for Sixties Gold at Leeds Grand Theatre. The sing-a-long, clap-a-long, foot-tap-a-long show features a stellar line-up of 60s bands, including Gerry and The Pacemakers and The Searchers.

From Monday 5th to Sunday 17th December Northern Ballet bring their new production, The Little Mermaid, to the Grand for the first time. Choreographed by David Nixon OBE, this beautiful new ballet will reimagine the classic Hans Christian Andersen fairy tale and take you on a journey beneath the waves.

From Wednesday 20th December to Saturday 6th January join Mr Maddens, Mr Poppy and a heavenly host of hilarious children and unruly animals in NATIVITY! THE MUSICAL. Based on the smash-hit films, this new show features all your favourite sing-a-long songs, including ‘Sparkle and Shine’, ‘Nazareth’ and ‘One Night One Moment’. It promises to be the perfect feel-good comedy for all the family.

Over at City Varieties Music Hall the now-famous Rock ‘n’ Roll Panto gives Aladdin the rock ‘n’ roll treatment.
The soundtrack, played live on stage by the cast, is crammed with hit songs from well-known bands and artists, including The Monkees, James Brown and Cher. Expect familiar characters, corny jokes and the legendary ‘boulder fight’ in a Christmas show that has something for the whole family: Friday 24th November to Sunday 7th January.

For a traditional treat, visit the beautiful Hyde Park Picture House for the classic Christmas film It’s A Wonderful Life. Watch George, Clarence and the townsfolk of Bedford Falls in the warm surroundings of the plush auditorium as the distinctive gas lighting flickers in the background: December 19th to 24th.

And remember, whilst Christmas comes but once a year, Leeds Grand Theatre, City Varieties Music Hall and The Hyde Park Picture House provide entertainment all year round.