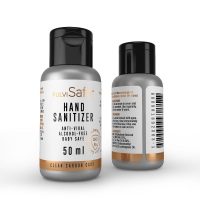 6 July 2020 – Almost half of the people in Yorkshire and the Humber are planning to stick to new routines of personal hygiene and sanitation once the Covid lockdown is over, according to new research.

A survey for FulviSafe, a new non-alcohol, antiviral and anti-bacterial sanitiser brand, reveals that nearly 67% of people in the region say they have changed their routine to combat germs since the outbreak. More than 41% say they will continue with measures to protect themselves from infections such as Covid 19, including frequent handwashing and sanitising. And nearly 9% say they expect to keep this up for about six months.

But more than half also have concerns about the possible effects of frequent handwashing or sanitising.

People in Yorkshire and the Humber voiced particular fears about the possible effects of hand sanitisers on children’s skin, with 27% saying they would only use alcohol free products on their children.

The survey was conducted by OnePoll for FulviSafe, which makes FulviSafe, which contains CHD-FA, an alcohol free clinically a proven anti-viral, anti-bacterial ingredient that helps ensure hands remain clean and virus-free.

Nicola Smuts-Allsop, the founder of FulviSafe, says: “Nobody has escaped the impact of Covid19 and people have had to make major lifestyle adjustments to protect themselves. These will have long term impacts on behaviour for, even when this pandemic is controlled, it has raised awareness of threats and how to minimise them.

“However, frequent handwashing and sanitising take their toll on the skin. We have spoken to nurses and health care workers who have to perform such procedures many times a day and who reach the end of their shifts with their hands red raw. But even undertaking simple tasks, such as going shopping, could involve being asked to sanitise the hands four or five times in a couple of hours and this affects sensitive skin. This is why we have developed FulviSafe.’’

CHD-FA is a new, pure, uniform version of a natural ingredient – concentrated fulvic acid, but without the environmental contaminants such as heavy metals, herbicide and pesticide residues. It has been clinically proven, both in vitro and vivo studies, to kill bacteria as effectively as alcohol and FulviSafe wipes and hand sanitiser/barrier cream do not dry the skin and are safe to use on babies under one year old.

FulviSafe has conducted multiple trials over the past ten years to determine the efficacy of CHD-FA.

Based upon clinical trials, CHD-FA was declared a ‘highly effective general antiviral’.

Nicola adds: “As we come out of lockdown people want to continue to protect themselves, but they also want to look after their own and their children’s skin. FulviSafe can help them do that. Every use helps protect you against contracting Coronavirus via touch. It is going to be a useful tool in our armoury to fight this and future diseases.’’

For more information go to www.fulvisafe.com.