On Saturday 6 May, Ross Leadbeater’s Great British Songbook, with special guests Leeds Youth Opera, arrives at Carriageworks Theatre. Ross was previously part of Only Men Aloud, the Welsh male voice choir that won the BBC’s Last Choir Standing in 2008. Featuring original material and also songs from Ivor Novello, Andrew Lloyd Webber, The Beatles and Ed Sheeran, there is something for everyone in this not-to-be missed opportunity to enjoy the massive hits and forgotten gems.

Ross Leadbeater is a musical director, classical-crossover pianist, singer, vocal coach and presenter who works extensively in theatre, film, television and radio. He has performed alongside artists such as Shirley Bassey, Katherine Jenkins and Josh Groban and was one of Brit Award-winning group Only Men Aloud. He is also a regular on BBC Radio 2, 3 and 4 and his television appearances include The Royal Variety Show, Classical Brit Awards, Proms in the Park and The One Show.

Featured special guests Leeds Youth Opera offer young people in Leeds the exceptional opportunity to work with industry professionals on fully staged productions. They have been delighting audiences for over 40 years, with past shows ranging from Mozart classics and UK premieres of works by Phillip Glass through to the more musical theatre style works of Stephen Sondheim and Leonard Bernstein.

Ross Leadbeater’s Great British Songbook is at Carriageworks Theatre on Sat 6 May at 7.30pm. 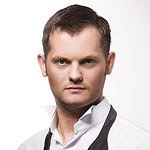