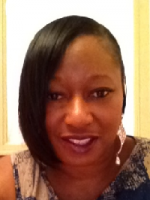 Hi my name is Pauline Barrett BSc PGc RCN (the letters after my name are the qualifications that I hold).

My nursing background started way back in 1983 when I completed my training in Harrogate, North Yorkshire.
My daughter was just a year old, and only with the help of my family, I was able to undertake the two year training programme which I enjoyed thoroughly.   After completing my training, I worked at the Bradford Royal Infirmary for a short period. I soon recognised that Dermatology was not for me so, I joined the Leeds General Infirmary – working within the Operating Department practising as a `scrub nurse’  where I remained for over six year. It was towards the end of this period that I became involved with Reproductive Medicine. I was fortunate to be assisting a surgeon during an operation in one of the first IVF procedures conducted in Leeds; performing an`Egg collection’ via Laparoscopic intervention.

It was at this point that I became interested in the whole aspect of Fertility. So in 1989 I embarked on an opportunity to practice at the infamous ‘Jimmy’s Hospital (St James University Teaching Hospital) where I played a significant part in developing the services within West Yorkshire as a Specialist Fertility Nurse.

I developed my role by improving the patient experience in various aspects of their care, self-taught how to perform venepuncture techniques, carrying out investigative ultrasound scans. I developed what may be considered the first ‘patient information leaflet’ which provided couples undergoing IVF treatments with relevant information about their treatment plans and pathways essential because there was a significant lack of information available in the early days of IVF. I also introduced sessions to teach patients to understand and self-inject their medications which were required during their treatments.

IVF is the collection of eggs from the ovaries following a number of days of which the women would undergo intramuscular injections which stimulated the production of variable gametes (eggs). Following a small operation, the eggs would be removed and fertilised with the sperm of her partner (or sperm donated from an external source). The fertilized gametes (eggs and sperm) would they be placed inside the women’s womb at a later date.

The whole process can be traumatic with some level of physiological effect on the female due to the higher levels of hormones flowing through her body during this short period of time. They may also experience the emotional stress and for many women, they have no one they can speak to. Being infertile or experiencing difficulties in conceiving (or maintaining a pregnancy) can lead to relationship problems. There is much `secrecy’ surrounding `infertility’. Recognising this, I decided to start the first patient `Support Group’ (1992) where couples (or individuals) could attend and either `off-load’ their emotions in an environment conducive to them or openly share their experiences.

During these meetings I also introduced `informative sessions’ which helped them understand the complexity of their conditions and inform them of new & developing techniques within the field of reproductive medicine. This support group is still active and I have remained an Honourable Member to this day.

During my ten year stint at `Jimmys’ I developed my role both personally & professionally. Developing & implementing the first audited ‘Nurse-Led’ Donor Insemination Treatment programme which I presented at the British Fertility Society meeting in 1991. This is one of many presentations I have been asked to present at major meetings locally as well as to National audiences. I then joined the Team at
Leeds General Infirmary in order to Lead on the amalgamation of the two Fertility Centres in the North of England.

Have had opportunity to work with a number of stakeholder groups such as the Department of Health in raising awareness of Infertility Issues to the general population through the use of media such as Newspaper articles and Television. I participated in a three part documentary entitled ‘Precious Babies’ (ITV) which was released nationally. I have also presented on Radio talk shows (Leeds BBC national & Leeds Local radio) as well as invitations to speak publicly to community groups of `women’s issues. I have also been fortunate to work with visiting Consultants (from the Caribbean) addressing how we manage services where there was evidence of extreme gap in the uptake for provision of ethnic Egg & Sperm Donors and was responsible for raising awareness for treatment programmes for the Afro-Caribbean community. This involved a three month campaign with The Voice Newspaper Group (1995) which I enjoyed thoroughly as I found this campaign assisted in raising awareness to the general public’s needs of understanding their own issues. I believe that we, as a community do not do enough to help ourselves which is the reason I was so proactive in this process. Treatment should be and is accessible to all at the point of care regardless of ethnicity. It was following my work in raising awareness campaign that I was awarded the Leeds `Black Achievers Wings Award’ in 1998.

Professionally, I recognise the importance of continuing to self-develop. It is through this belief that I have attained Post Graduate education, which includes obtaining a further Nursing Degree 1996, Research & Development Diploma (PGd) 2002, Assisted Conception (ENB) Certificate & `Teaching & Assessing in Clinical Practice (ENB) Certificate,Bachelor in Science (BSc) 2005, Leadership, Management & Career Development (PGd) 2006 and have completed a Gynaecology-Oncology (PGd) in 2010 during my clinical practice in Oncology London. Now in the process of undertaking a Masters (MSc) Degree.

In 2008, I transferred to London to take position as Clinical Specialist role at the Homerton University Hospital, East London. Here I developed my practice base, skills and knowledge within the field of Oncology,Acute Gynaecology and Early Pregnancy and Assessment of complications in early pregnancy. After a short period, I was lead back into the field of Fertility and embarked on role as Lead Nurse at the Fertility Unit within the same hospital (Homerton). I remained in that role until I was head hunted as for my resent role as Head of Nursing at the renowned London Fertility Centre: Harley Street London.

Today, I am in the process of writing a book which will focus on Fertility, the pain and complexity of what infertility entails and identifying aspects of Infertility to which my readers can understand, knowing exactly what it would mean to them to experience difficulties in conceiving, the treatments involved surrounding their own diagnosis and how to survive their journey regardless of their outcome.
I hope to receive `personal stories’ from couples or individuals who are having treatment or have had some form of fertility treatment in the past and to then bring these experiences to the forefront which may help others going through their own battles of life.
These stories may come from couples, single women, same sex couples or `three party parenting plans’ and involve basic enquiries & investigation, IVF treatments, Insemination programmes using Donated Sperm or Husband’s sperm, Egg Donation treatment programmes or couples considering embarking on Surrogacy treatment cycles!

If any of your readers wish to contribute to my book, I would be more than delighted to hear from them. Any information they impart will of course be handled in a totally confidential manner and their identity will remain anonymous if they so wish.
I would particularly like to hear from readers from the Afro-Caribbean community as there is evidence of an extremely low numbers receiving treatment. Have you had difficulty visiting and discussing pregnancy difficulties with your G.P.s? Have you received appropriate information with regards to accessing funded treatment on the NHS? Are you aware of the `Post-Code Lottery’? Have you experienced problems during pregnancy?

Your experiences can help so many others so please feel free to contact me.
With more than twenty four years of clinical practice behind me, I do know all about the `pain’…